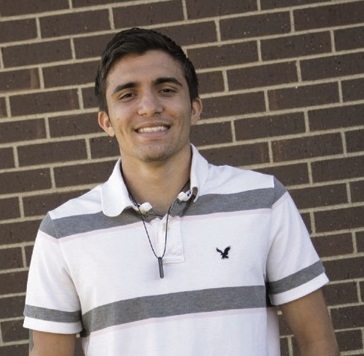 From the beaches of Hawaii to the suburbs of Minneapolis, Ryan Cominella has been on a whirlwind of a journey. And he couldn’t be more thankful.

Just a few months ago Ryan was angry and directionless. After graduating from high school he was bouncing from job to job and fighting feelings of anger and depression. His parents had split, he was feuding with his family on a regular basis, and he began experimenting with pornography and marijuana. The one constant in Ryan’s life was the beach, and that’s where he learned about Jesus.

It was through surfing that Ryan met “The Hawaiian Six,” recent Bible school alumni who moved to Hawaii for a few months after attending AFLBS. Ryan met Marcus Goodfellow, Jeremy Dahl, the Arneson Brothers (Brady and Kyle), Zach Neufeld, and Steven Peterson. From their first impression, Ryan knew he had found some good friends.

It wasn’t long into the friendship that his new friends started to talk to him about Jesus.

“They saw that I was angry about something,” Ryan said, “so they told me that Jesus loves you no matter how many mistakes you make or what you’re going through.”

When Ryan was introduced to Jesus, he noticed some changes in his life.

“I started to change,” Ryan said. “I was a little more happy, and I liked hanging out with them all the time. But later on, after I was getting into more fights with my sister and I was getting angrier, I was like, ‘Maybe God sent me a sign. Maybe I didn’t meet these guys by accident.’”

Ryan’s new friends had told him about a two-year Bible college in Minneapolis. He would have to trade the sand of Hawaii for the snow of Minnesota, but it could be an invaluable opportunity for him to grow in his faith.

“The guys had moved from Minnesota to Hawaii,” Ryan said, “and they said they were going to move back. So I moved with them to Minnesota.”

Ryan hopes his time at the Association Free Lutheran Bible School will be formative in his life and foundational in his faith.

“I hope that I will spiritually grow and have lifelong friends,” Ryan said. “I never expected to have so many friends here. It’s really nice. I’m really hoping to spiritually grow.”

Through all the transition in his life, Ryan has learned that God is faithful to His promises and has a perfect plan for his life.

“If you’re patient He will guide you on a path that He wants you to be on,” Ryan said. “I need to learn how to trust Him, and not be on the path that I want to be on. He’s leading me toward something else. God’s telling me where to go.”