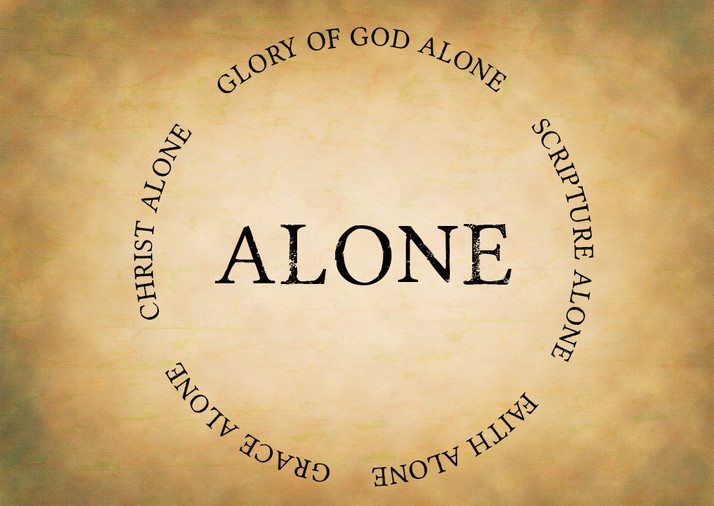 Sola gratia or grace alone is one of the five solae (only or alones) of the Protestant Reformation. The phrase “grace alone” has become so common among us that it is sometimes taken for granted. It is assumed that this important sola is understood. The doctrine of grace alone is essential to understand God’s redemptive plan for us all. God’s redemptive plan began before the foundation of the world—“For he chose us in him before the creation of the world to be holy and blameless in his sight. . . .” (Ephesians 1:4).

God’s redemptive plan was executed perfectly by His Son Jesus Christ who gave His life to redeem us. This redemption was not based upon any merit in us but was freely given to us by God’s grace. Romans 3:24 says, “and all are justified freely by his grace through the redemption that came by Christ Jesus.”

While we may be able to understand the doctrine of grace alone, it is much more difficult to live out. It is the “alone” part of grace alone that causes many to struggle. I may believe, for instance, that God has saved me by His grace, but there is that egotistic part of me that wants to believe that God needs my help. It is grace alone that saves from the wrath of God, we can add nothing. Martin Luther put it this way in his explanation of the Third Article of the Apostles Creed: “I believe that I cannot by my own reason or strength believe in Jesus Christ my Lord, or come to Him, except the Holy Spirit calls me through the Gospel.”

It is grace alone that gives us assurance of salvation. I have dealt with many parishioners who have struggled with whether or not they are truly born again. I have found that those who struggled with this issue tend to be those who have not understood grace alone. When asked why they are struggling with assurance of salvation, the answer often is, “I’m not sure that I’m good enough.” My response: “Of course you’re not.” That is the whole point of grace alone. We can never be good enough. God’s grace is sufficient. Our comfort, our confidence, is in God’s grace alone.