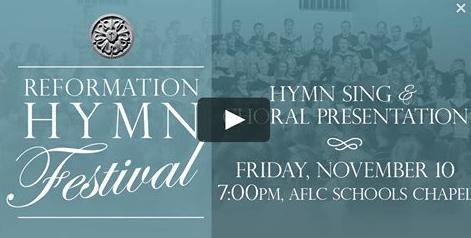 Presented by the Association Free Lutheran Bible School and Seminary, the Reformation Hymn Festival featured a congregation hymn sing and choral presentation. The hymn sing included five hymns by Martin Luther with background information given on each hymn. The choral presentation featured a 120-voice choir consisting of current AFLBS students, alumni, and many friends from the community. The choir performed the five piece set called, “The Five Solas,” composed by Josh Bauder and was accompanied by a 20-piece chamber orchestra. The concert ended with “A Mighty Fortress,” sung by the choir and the congregation.