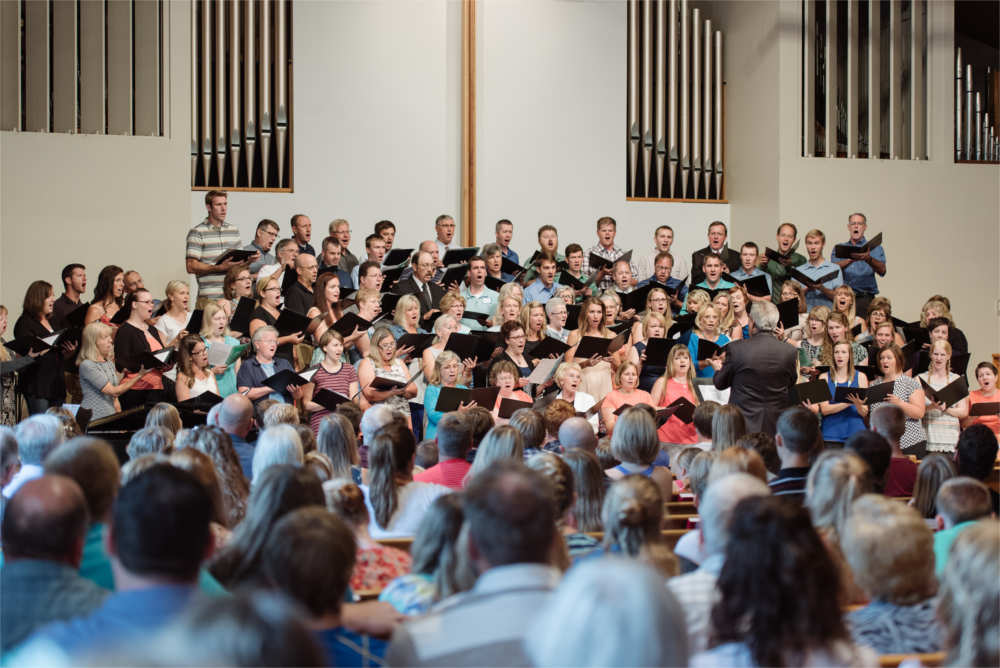 Throughout 2017, we celebrated the history and significance of the 500th Anniversary of the Reformation. To commemorate such a historic event, the AFLC Schools hosted a Reformation Hymn Festival on , specifically focusing on the Five Solas, the key theological phrases that the Reformation centered around and the key Scriptural beliefs that we still hold to today. Mr. Andrew Hanson, AFLC Schools Music Director was in charge of coordinating the event and choosing the music pertaining to the Anniversary. To give you an idea of how this all came together, we interviewed Mr. Hanson, regarding the process and story behind the event.

How did the idea of a Hymn Festival to celebrate the 500th Anniversary of the Reformation come about and how did you come across the music that you chose to use?

A few years leading up to “Reformation 500,” Pastor Robert Lee encouraged our faculty to think of ways we could commemorate the special anniversary. Fast forward to the summer of 2016. I met Al Hawkins, current AFLBS voice teacher and conductor of Deo Cantamus, a Christian semi-professional choir. I was able to be a part of their October concert, which premiered the “Five Solas.” Once introduced to the music, I thought the set would be a wonderful inclusion in any sort of Reformation Festival. We premiered both the set of five solas and the A Mighty Fortress arrangement at that time.

I did not know Josh Bauder, the composer of the “Five Solas,” prior to October 2016. I had the opportunity to meet him when I performed the premiere. AFLBS graduate, Michael Osthus, sang with Josh in Deo Cantamus a few years earlier. The central figure in all of this is the director of Deo Cantamus, Mr. Al Hawkins, who was a music teacher of Michael’s at Crown College at the time. Deo Cantamus excels in premiering new music, especially and most recently, Josh Bauder’s. This past fall they performed his new work: Tindale: A Reformation Oratorio.

Regarding the hymn selections, Marian Christopherson and I tried to pick a mix of known and unknown hymns, with the majority being from Martin Luther. We rounded the program out with “Praise to the Lord’ and ‘Now Thank We All Our God,” both of which have origins from Germany, just after the Reformation.

Why did you decide to include alumni and AFLC singers to participate in this work?

Including alumni and other AFLC singers in this work had many benefits.  First, we (AFLBS students and I) absolutely loved the music. We thought it was worth sharing with the greater congregations – not just the AFLBS choirs bringing the music to churches on tour, but also inviting others to learn the music.  Second, if we were to have an orchestra accompany this set, it made sense to invite others to sing with us.  A typical rule of thumb is to have anywhere from 5-8 singers per orchestra instrument – and we had a chamber orchestra of 19. Finally, we wanted the Reformation Festival to not just be a performance from AFLBS groups. That is why we included a hymn sing and another reason for including others in the choir.

Could you give a little background on the chamber orchestra that played for the festival?

The orchestra met once for an hour prior to a festival choir rehearsal, and then had the opportunity to run the program with the choir and with Mr. Bauder present at the rehearsal. I was looking forward to that time (for the sake of our choir getting the opportunity to sing with such an orchestra) just as much as the festival, and the rehearsal did not disappoint. What a thrill!

What did you see as you saw the group unite together to declare these vital stances of our faith?

Every Festival Choir rehearsal was encouraging for me. The mix of students and guests, the mix of young and old, and the mix of folks who knew the music really well and singers early in the learning process all worked out wonderfully. In my mind, it was a beautiful picture of the body of Christ, with each one utilizing specific and different gifts. Further, the texts of each song are both simple and rich. The 2016-2017 Concert Choir, who had the opportunity to take all five pieces on tour, had the blessing to perform these texts every day for two weeks on their 2017 tour. We realized how meaningful and profound the texts are, as we never tired of them. To combine the rich texts – in the vital stances of our faith – further enhanced the aspect of the “body of Christ” coming together to sing them.

In presenting these beautiful pieces of work, what was your focus, goal, and prayer for the event? How did you see those prayers answered?

The main goal was to have a God-glorifying event of high-caliber music that would celebrate the 500th anniversary of the Reformation. As the 2016-2017 AFLBS Choirs learned the music, we realized that the incredible richness of both the music and the text offered an exciting opportunity to share the Gospel in a profound way. Giving our students, then, the opportunity to also share this content with a professional orchestra accompaniment, offered an even more valuable musical worship experience.

These prayers and goals were met and exceeded, not only from my perception of the rehearsal and the festival, but also in comments – especially from musicians in the choir – afterwards.

I think the final “sola” says it best – Soli Deo Gloria. There are so many to thank who were a part of the event, whom I had the blessing of planning and working with, and many who supported this idea from the beginning. Thank you to each one of you. What a special evening it was!

The full concert of Reformation Hymn Festival video is available online. Each of the “Five Solas” are also available as individual videos on our Vimeo page. Stay tuned for details on audio recordings available through CD and digital download.