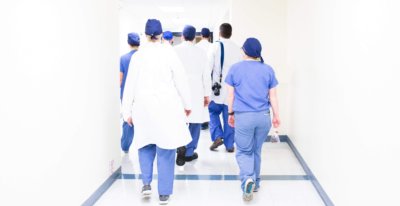 Attending AFLBS prior to South Dakota State University was a sacrifice, but it also had it’s perks. More importantly, it had eternal impact on my life and career.

There’s definitely a sacrifice when attending AFLBS before college. My sacrifice was the “Jackrabbit Guarantee” scholarship (which totaled $1000/year for four years). Also, none of my AFLBS credits transferred to SDSU, so I started my nursing degree at age 20 with zero college credits. I had been the valedictorian of my high school class and many people (including my superintendent) tried to tell me I was wasting time and scholarship money by going to AFLBS. It was difficult decision, but the benefits far outweighed the sacrifice.

Here’s how it worked. I was able to live in the dorms and purchase the meal plan at AFLBS and then forewent that at SDSU. Going to SDSU after AFLBS, I was exempt from the meal plan and living on campus. I purchased my own food and found my own apartment near campus for much cheaper. That alone offset the loss of my $1000/year scholarship. Also, living in the dorms at AFLBS was definitely a highlight of my college years. I had wonderful roommates and Christian friends. The women’s dorm at AFLBS offered me the safety, security, and freedom that is not found in SDSU’s co-ed dorms. I still had plenty of opportunities to get to know my male classmates at AFLBS without having to share a bathroom with them!

I had the benefit of starting SDSU with two years of college-level coursework from AFLBS. I had already spent two years learning how to study independently in a college environment and my SDSU grades definitely reflected that. Consequently, I was ready to settle down and focus on my classes from day one at SDSU. Since I had just one roommate in my apartment, my living situation was much more conducive to focused studying compared to that of my 18-year-old classmates living in the dorms. First-year classes at SDSU may seem insignificant to a nursing career, but the nursing program is very competitive and every grade affects your likelihood of being accepted into the program.

I worked as a patient care tech at Avera McKennan in Sioux Falls during my summer breaks. I saved money for tuition and received a summer internship, resulting in a significant scholarship from Avera McKennan for my last two years of nursing school. That scholarship also had a two-year work commitment which meant I was essentially guaranteed a job in Sioux Falls upon graduating. I truly believe that being older than most of my fellow classmates put me in a great position to be selected for these opportunities. I attribute this to the spiritual growth and maturity I experienced at AFLBS.

Between scholarships and money saved while working in the afternoons while attending AFLBS, I was able to pay cash for my college education.

At age 22, I graduated from SDSU debt-free. I began my career grounded in God’s Word, equipped as a follower of Christ, and trained as a nurse. Yes, I was without the burden of debt, but more significantly, I was prepared to be a Christian nurse in today’s society.

There are many paths to a career in nursing. This is just my journey. Some nurses have successfully completed the SDSU Accelerated Nursing program. Some have taken general courses at community colleges in the afternoons or summers during their time at AFLBS.  Others have gone straight to SDSU and not attended AFLBS. I have two sisters and two close friends that became nurses after attending AFLBS. There is not one right way.

Yet, I can look back on my path without regret. The life experiences I gained living in Minneapolis, studying the Bible at AFLBS, going on choir tours, working as a nanny, and serving on summer ministry teams have truly caused my faith to become real and solid. It was also during those years that I met my best friends. My closest friends, even ten years later, are the friends I met at AFLBS.

Wherever you find yourself in the college decision-making process, whether you’re a student or parent, I pray that God would lead you and guide as you. Maybe someday we can talk about this in-person, over a cup of coffee (or a diet coke)!

Alison (Knutson) Aadahl is a 2008 graduate of AFLBS and holds a Bachelor’s of Science in Nursing from South Dakota State University in Brookings, SD. She is a Registered Nurse Circulator in Surgery. She and her husband Peder (also a graduate of AFLBS) have three children and live in Sioux Falls, SD.