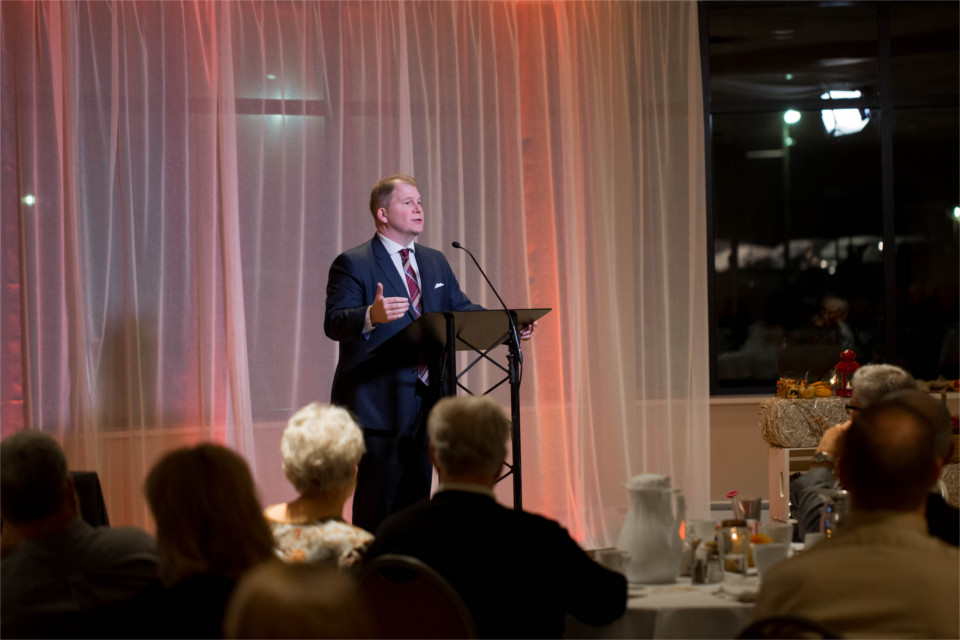 The AFLC Schools were recently privileged with a visit from John Stonestreet, President of the Chuck Colson Center for Christian Worldview. His passion is to illuminate a biblical worldview for today’s culture. Stonestreet is a co-host with Eric Metaxas of Breakpoint, a Christian worldview radio program, and appears each week on The World and Everything In It radio program. He has also recently released a book with Brett Kunkle called A Practical Guide to Culture: Helping the Next Generation Navigate Today’s World.

Stonestreet keynoted the 3rd annual Friends of the School Banquet. Attendance neared capacity for this event that raises funds for AFLBS scholarships while providing updates on the ministry of the Schools. Stonestreet spoke to School supporters about the need for a Biblical framework when engaging the culture.

The following day Stonestreet addressed the students of the Schools. Both AFLBS and AFLTS students came together in the chapel for three class periods to hear him speak. The first hour, Stonestreet encouraged students to think beyond themselves and consider the mission that Christ has given each of us to engage the world. He went on to describe how the culture can impact our lives. A drastic shift away from Biblical truths can come at us like a wave. The greater dangers, though, are the undercurrents that move us down the shore before we realize it. He then gave Biblical remedies to these disturbing trends. The last portion of the morning, President Wade Mobley, moderated a question and answer session. Students came away from the event with some practical tools to serve God in His Kingdom.