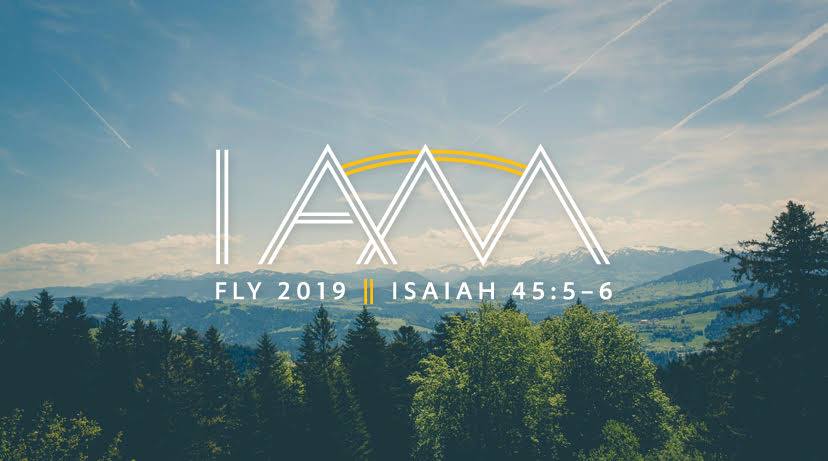 I was converted to Christ at the Free Lutheran Youth (FLY) Convention in 1991. I was an 18-year-old recent high school graduate who called himself a church-going atheist, though never loudly or proudly. I also was more of an agnostic, in retrospect, as I both argued with God and was mad at God. I must have believed in God; nobody picks a fight with the Tooth Fairy.

This year’s FLY Convention, held once again at the YMCA of the Rockies in Estes Park, CO, was one to remember. In addition to adults and staff members, 1011 students met for a fun week full of teaching from God’s Word. I was personally refreshed, and impressed by the work of so many to make it a great week.

Once again, God reached students with the saving work of Jesus Christ through His Word. The evening speakers preached well on five of the “I Am” statements from Jesus in the book of John, and this year the FLY Committee assigned speakers with tough topics to cover. Suicide, pornography, and transgenderism all received 45-minute treatments from God’s Word. I did the one on transgenderism, a topic that many of us never imagined would have to be covered, but something that rages on high school and college campuses across the US and in the media. I thought the speakers did a great job in handling tough topics.

I want to point out, though, one morning session in particular. Pastor Jonathan Unverzagt, longtime friend of the Free Lutheran Schools and pastor of Christ Is Lord Lutheran Church in Onalaska, WI, did a great job teaching on “Law/Gospel Living.” I won’t take the time here to recap the session, but let me just say this: When you are first convicted of your sin, there is a temptation to see “not sinning” as the solution. You try hard until you can decrease or improve your sinning enough to justify yourself, and in doing so you miss the point of justification entirely. Yes, Christ changes our behavior, and we should abstain from any temptation that comes our way. When we sin, we should repent and believe the gospel.

But that’s the point of salvation: When we sin, we repent and trust the finished work of Christ, who lived, died, and rose again for our salvation. I’m thankful that this message was proclaimed consistently throughout the week.

What we do at Free Lutheran Bible College isn’t Bible Camp, but it is a bit of an extension of what students experience at FLY. The mountaintops- literally and metaphorically- aren’t as high, but students have an extended opportunity to study God’s Word, live in community, and apply God’s Word to the portion of God’s world in which they live. If you or a loved one enjoyed FLY, I know you’ll enjoy FLBC. Don’t come to us expecting Bible Camp, but know that you will be established in God’s eternal and inerrant Word. You’ll never regret it.

Five Disciplines for Down Times