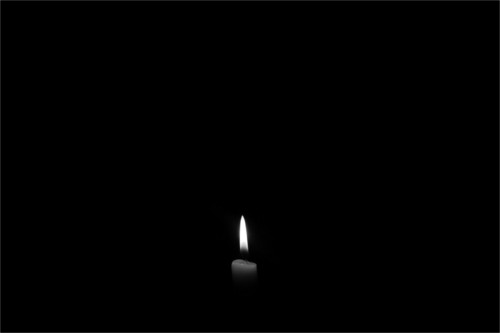 One is wise to react and write slowly in times of national lament. Too many times I have joined the cacophony of “too soon” conclusion-jumping. Today’s Twitter culture politicizes events before facts (those deemed fit for public consumption) are revealed. At some point, though, the orchestra is warmed and in tune, and a melody arises. Thus, slowly, we write.

The first time I jumped to a conclusion in the wake of a mass murder was 1995. Someone whom I will not name blew up a federal building in Oklahoma City, murdering 168 people. In those days Islamic terrorism was just finding our shores, and I, along with many others, assumed that source.

I felt bad about jumping to that (albeit reasonable) conclusion, but was confused as to the motives that emerged from the investigation. The two sources of terrorism had nothing to do with each other, but were substantially identical. What is wrong with this picture? How could two ideologically-opposed young men be- using today’s word- radicalized to the exact same end? I didn’t understand.

In a little-known essay entitled “Equality,” CS Lewis addressed the root of mass murder. An excellent little “doodle” exists on YouTube if you’d like to give it a nine-minute listen. He begins:

“I am a democrat [used in the sense of one embracing democracy] because I believe in the Fall of Man. I think most people are democrats for the opposite reason. A great deal of democratic enthusiasm descends from the ideas of people like Rousseau, who believed in democracy because they thought mankind so wise and good that everyone deserved a share in the government. The danger of defending democracy on those grounds is that they’re not true. Whenever their weakness is exposed, the people who prefer tyranny make capital out of the exposure. I find that they’re not true without looking further than myself. I don’t deserve a share in governing a hen-roost, much less a nation. Nor do most people — all the people who believe advertisements, and think in catchwords and spread rumors. The real reason for democracy is just the reverse. Mankind is so fallen that no man can be trusted with unchecked power over his fellows. Aristotle said that some people were only fit to be slaves. I do not contradict him. But I reject slavery because I see no men fit to be masters.”

Whenever their weakness is exposed, the people who prefer tyranny make capital out of the exposure… Man is not good; he is fallen. Men who prefer tyranny- without regard to their ideological foundation- step in to advance their tyranny in the name of defending the goodness of the masses from the tyranny of some. Their defense against tyranny is tyranny itself.

Maximilien Robespierre, first architect- then victim of- the 1793 French Revolutionary Reign of Terror, held to the inherent goodness of man. Religion was necessary, but not for the purposes of redemption. Over 15,000 people met their end at the guillotine in defense of this “goodness, Robespierre himself included when his brand of tyranny fell out of favor.

The goodness of man as decreed by man is inherently relative. There is no one righteous. We need redemption, not tyrannical defense against tyranny. I do not intend to address manners and methods of government in this blog post, merely the recognition that any government must start with correct anthropology in mind. Mankind is not basically good, needing only education and opportunity to make a go of it. Mankind is fallen, inherently evil, with each of us standing in need of redemption.

John Stonestreet, President of the Colson Center for Christian Worldview and friend of the Free Lutheran Schools, offered his analysis last week on “The World and Everything In It” podcast:

“I think if we really want to get to the heart of what we need to understand about this, the first thing is that we are desperately failing young men. There’s a set of commonalities to these shootings and it’s not across political lines. It’s not even across ideological lines. It’s across the fact there are young men who are made for something else, who are being thoroughly led astray in our culture. And the extreme examples of them are these, which alarm us. But you can see evidence of aimlessness, hopelessness, perversion down the line. And if you do not have a society that knows what to do with its young men, to cultivate them into positions of citizenship, then this is what you get. This is like gravity. You can’t step off the roof and not hit the ground. You can’t choose to not challenge and cultivate and give a purpose and a meaning to young men and think it will all be OK.”

Our greatest need is redemption. Redemption is not something that a government can provide. Redemption is found only in the life, death, and resurrection of Jesus Christ, and a culture beguiled by the illusory goodness of man will never seek it. Governments, too many of which derive their power from pitting people against people and interest against interest, are threatened by the concept of redemption.

It is good news, then, that God designed governments to “bear the sword” rather than to dispense redemption. A rightly-administered government makes proclamation of the gospel easier, or even more possible, but it can itself never deliver that gospel. What we see today, though, is a consistent governmental disdain for the very redemption that we proclaim. Whether for reasons of secularism, Islam, Hinduism, greed, lust, or popularity, governments preach the goodness of fallen man while hindering the proclamation of redemption. We are left hungry and empty, no less fallen for the multiplied words of men and cable news.

Proclamation of redemption is our job as Christians. Working together, we work and worship in the local congregation to proclaim that redemption to our family, friends, co-workers, neighbors, and community. We have the redemption that those fallen souls- and we ourselves- need. God has built His church on Christ Jesus the Messiah, and the gates of hell shall not prevail against it.