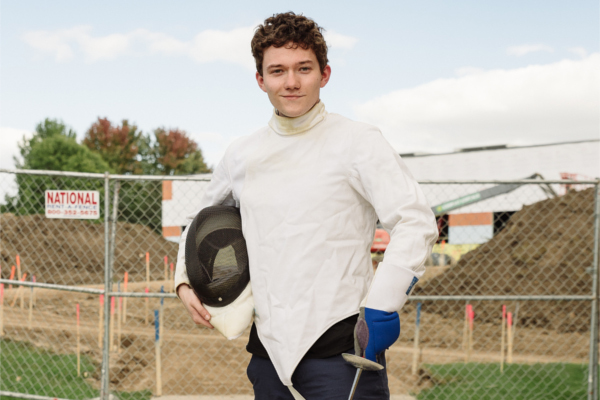 Christopher Hooper, FLBC junior, demonstrated his fencing expertise recently on the campus quad. Decked out in an iconic coat and mask and brandishing his rubber-tipped foil, he excitedly talked about sabres, épées, and sparring. Hooper-san, as he’s affectionately known, picked up fencing two years ago with his father, Pastor Phill Hooper (adjunct faculty) and two younger brothers. Their YMCA organized a class, and soon the four Hoopers were hooked on parrying, lunging, and Bonetti’s Defense. Their Sunday afternoon mock battles have created a tight camaraderie in the Hooper family, and fierce but friendly competition. In case you were wondering, he is left handed. Touché!

She Plays a Little Guitar