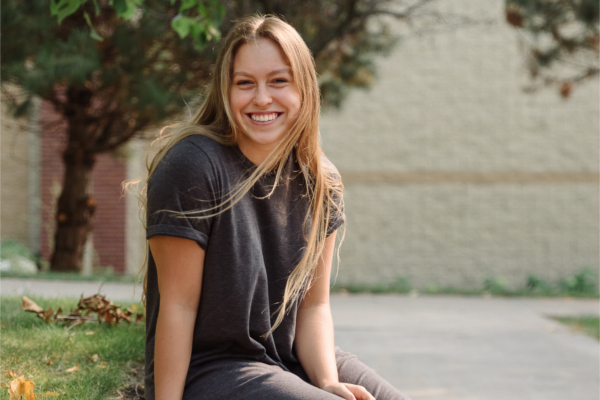 After the Spotlight missions conference held at FLBC in February, I was excited to pursue a short-term missions opportunity this summer with Spiritual Orphans Network (SON), formerly known as East European Missions Network. My team and I planned to travel to Slovakia to lead a Life and Adventure Teen Retreat. That was until COVID-19 spread into a global pandemic and the world was on lock down. Flights were canceled. Travel was banned. Borders were closed. Our open doors for ministry were now slammed shut. Of course, I was panged with initial disappointment. So many of my plans were being abruptly confiscated, one after another, and I could not understand God’s plan nor His purpose in it.

Following months of team discussions, it was decided our team would meet up in Albuquerque, N.M., where we would hold SON’s first ever virtual camp via Zoom. In this way, we would continue our training and preparations. Although we had an alternative that allowed us to continue to build relationships and share the gospel, doubts filled my mind. Would any Slovak teens come to a camp that entailed sitting in front of a computer screen? Would in-person interaction be so missed that Slovak teens would be fearful to participate? How would I navigate a new technology? Would the new technology even work? Would the gospel message ultimately be able to penetrate the computer screen?

In New Mexico, those fears and doubts quickly vanished. The first days were focused on team bonding and training, which became sweet fellowship. We definitely tried to incorporate the Slovak culture and customs into our camp by eating typical Slovak foods and even drinking coffee at 10 p.m.

Once the virtual camp started, we were reminded that even if only one teen showed up and heard the gospel message, it was worth it in the Lord’s eyes. Unsurprisingly, God was with us throughout the three-day online retreat. Slovak teens trickled in, as did others representing different countries. On day two, we had participants from Slovakia, Latvia, Germany, Belarus, and the United States all in one chat room. During our small group sessions, deep theological conversations with passionate teens for Christ dwelled in our hearts. Unsurprisingly, God was so good.

My biggest struggle that week was not being able to understand what the Lord was teaching me through it. I didn’t sense a theme that the Lord had placed on my heart, and quite honestly, I did not feel near to Him. I wondered if God would ever reveal His purpose for me from my first mission experience. Would I receive the same revelation from a virtual retreat instead of a camp in Slovakia? When I came across I Thessalonians 5:18, “give thanks in all circumstances; for this is the will of God in Christ Jesus for you” (ESV), that purpose I longed for became very clear.

It is true, my team and I were not able to travel to Slovakia; instead, we were able to have more fellowship together. Thank you, Lord. Yes, we did host a camp for Slovak teens over the internet, and we were still able to interact with the teens. Thank you, Lord. Naturally, we feared no teens would show up, yet every day we saw the opposite. Thank you, Lord. Needless to say, we questioned whether the internet would help us succeed or cause us to fail. Again, there was never an issue. Thank you, Lord. God is so good; He will never fail us. Even if something does not turn out the way we want or hope, we are to give thanks to our gracious and loving Father in all circumstances.

He Uses Even Our Weakness