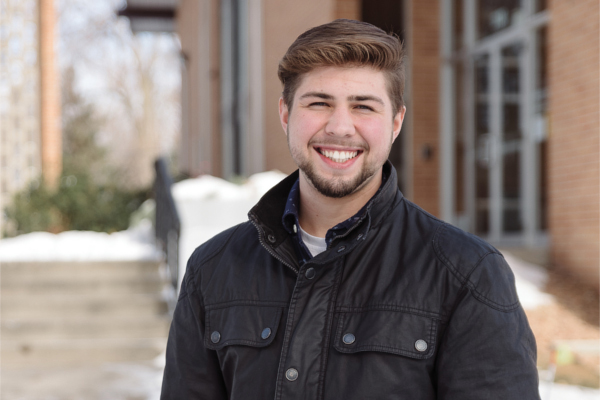 When I think of sanctification and what it means to be both sinner and saint, the first thing that comes to mind is the story of Peter walking on water in Matthew 14. I’ve heard this passage preached countless times before, almost always carrying a message to the tune of “fix your eyes on Jesus and He will _____________.” But one sermon in particular stands out to me. I remember the pastor reading through the passage, and when he got to Peter’s sinking, he made a brief comment that rocked my view of what life in Christ actually looks like. He said we don’t give Peter enough credit. We make him the butt of the joke in this story because of his unbelief. But we miss a powerful promise that would otherwise be clear when we do this. Jesus asked him, “Oh you of little faith, why did you doubt?” (vs. 31). Jesus acknowledges Peter’s faults here, but He also points out something of note. Peter’s faith was shallow and weak, but what he had was still faith. Faith that was ultimately saving. That truth hit me like a truck.

I have often struggled with my identity in Christ and my integrity as a saved believer. When I have intentionally turned to sin or fallen into temptation, I always come out the other side an insecure wreck, especially since I grew up in a Christian home and know that I am called to better. By suppressing my convictions and the biblical truths that I have heard all my life, I numbed myself entirely to who I am. The truth is, when Peter’s gaze fell to the waves, the faith Christ had fostered in him was still sufficient. It always would be because it isn’t the measure of our goodness that saves us. Paul writes, “For by grace, you have been saved through faith. And this is not your own doing; it is the gift of God, not a result of works, so that no one may boast” (Ephesians 2:8-9).

Paul tells us in Philippians 1:6 that Christ, who began a good work in us, will see it completed. Jesus doesn’t do incomplete work. For so long, I had been unable to grasp the concept that even though I still actively struggle with my sin, the fact that it’s a struggle at all—that I’m even aware that it is supposed to be—is evidence that Christ is alive in me, and I in Him. Coming to terms with this freed me from the weight of the law that I am no longer meant to bear.

That freedom has changed the way I live my life and view sanctification altogether. The word itself essentially means “to make holy.” In other words, it means I am set apart for something greater. Before, I would have seen this as law—a command to be better. But now I understand that I’m not the one setting me apart. I have been given a new life and a new purpose. Sanctification is the natural progression of the call that has been given me as a child of God.

I still wrestle with temptation and frequently stumble into it, but I’ve realized that this isn’t an indication that I’m not saved. Rather, I trust in Christ’s work and that He will one day complete in me what He Himself started.

His Good Work of Faith in You