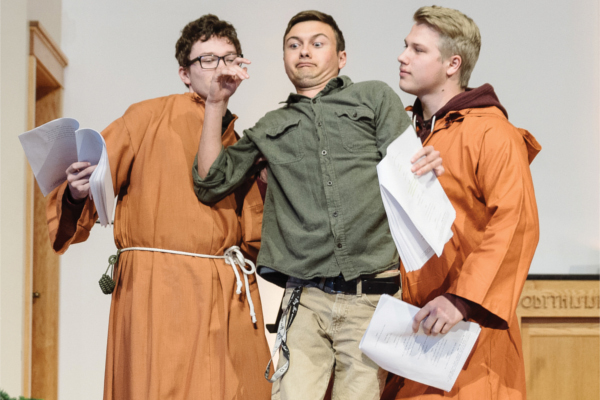 Our college students are sooooo dramatic. Good thing first-year seminarian Michael Rokenbrodt has a gift for writing, directing, and acting in plays. And good thing some students decided to produce and star in one of his two-act plays.

Auditions were held Jan. 15 for “I’m Going Home,” a musical retelling of the story of Jacob and Esau in the style of a frontier drama. Cast members, led by second-year student Mark Thonsgaard, hold rehearsals twice a week, with a final dress rehearsal set for March 12. Performances will be held March 13 and 14, and will be open to campus family and friends.