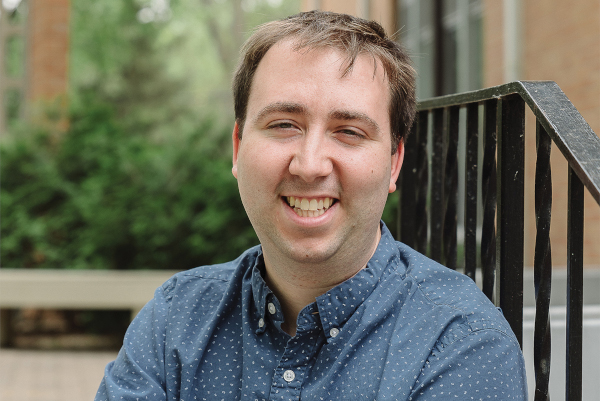 My face turned slightly red as I looked around the classroom. My hand was one of only three raised in response to the professor’s question: “Who believes that the Bible contains an accurate description of the origin of man?” I honestly hoped the teacher wouldn’t notice my response. He must have, though, because the remainder of the lecture that day in Introduction to Cultural Anthropology seemed to be directed at me. Professor Mallery clearly made it his personal mission to “enlighten” those of us who held to the Genesis creation account. Forty-five minutes later, I walked out of the classroom shamed by my lack of courage.

I had just graduated from the Bible College and had been excited to face secular academia head on. I had not anticipated that a young professor at a local community college would stop me in my tracks. What he said wasn’t particularly convincing. In fact, I knew several apologetic tactics that could have exposed his flawed arguments. I knew that the beauty and order of creation proclaim the majesty of God, leaving man without excuse in his sin. Yet these answers had stuck in my throat.

The pressure to submit to the world’s wisdom only increased when I transferred to the University of Minnesota. It surprised me that as disinterested as most of my teachers were in pursuing biblical truth, my fellow students were the most aggressive in attacking the Christian faith of their parents and grandparents. A few moments stick out: seeing the shocked faces of the other members of the Christian Philosophy club when I told them I believed the Bible was inerrant; telling blow-horn guy I would be voting in favor of traditional marriage as he interrogated passersby about their intentions in the upcoming voter referendum; translating the Book of Mark in my Greek class with students who saw little if any historical merit in the text.

I gradually grew more comfortable speaking up, yet my arguments always seemed to fall on deaf ears. It was discouraging. Christian friends, family members, and individuals from my local congregation encouraged me to persevere. I completed my bachelor’s degree, but I can’t deny I was left with doubts—not doubts about the truth of the Bible but doubts about my ability to defend its authority.

This spring, by God’s grace, I completed the requirements for the Master of Divinity degree from the Free Lutheran Seminary. My years in seminary made me a better apologist. The task of defending the gospel using reason and logic is not hopeless. The Bible speaks in plain language and appeals to all people to be reconciled to God through faith in Christ.

But the training at seminary instilled a lesson I should have paid more attention to in Bible College: For those who place their own thoughts as a judge over Scripture, the wisdom of God will remain a mystery. My confidence in God and His Word cannot rest in my own ability to defend the claims of Scripture, it must rest in Christ Himself. Ultimately, He defends His glory, softens hard hearts, and confirms His promises to mankind. The wisdom of this world is passing away to be surpassed by the glory of the One who is the way, the truth, and the life.