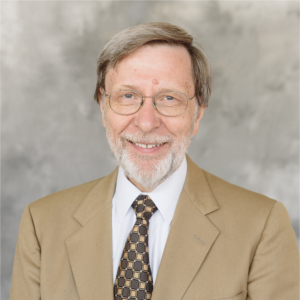 One of FLBC’s much-beloved professors, Pastor Robert Lee is retiring this summer following nearly 25 years of teaching. He has long been the AFLC’s unofficial knowledge bank and historian, and even though he is stepping away from teaching duties, anyone who knows him will tell you he will continue joyfully telling the story of the AFLC.

Just as any organization needs vision and forward direction, it also needs someone to point backwards, saying, “Look at what God has done so far.” Pastor Lee has served that role through his years with the AFLC, and gladly gives God all the credit for the ways He’s been at work in this Association.

“I’m not very intelligent,” Pastor Lee says with characteristic humility, “but God has blessed me with a good memory. I think it’s important that there’s a memory that’s preserved, that helps and guides us as we go into the future. It has been an encouragement to see that the hand of God was on this spiritual life movement from the beginning.”

Pastor Lee was in attendance at the organizational meeting in Thief River Falls in 1962, where the AFLC was birthed out of a common desire for spiritual revival. “I suppose I’m one of the last who were part of it from the very beginning,” Pastor Lee said. “That gives me a long-range perspective. It’s been a good family.”

That long-range vision is enabling Pastor Lee to write a history of the Association, due to be published in 2022 or 2023. He has been a blessing to the entire AFLC, though the classroom is perhaps where Pastor Lee is remembered best. On first days of class Pastor Lee, without notes, would typically recite each student’s name, hometown, and oftentimes an obscure fact about a grandparent that anybody else would have long forgotten.

Every time he’d raise a finger during a lecture the classroom would fall silent as pencils braced on paper to write down an important point. His review songs are famous; who among his former students can’t read the words “Papal bulls, indulgences, and transubstantiation,” without bursting into song? His “celebrations of knowledge” have become Bible College lore, and his students love him for it.

“Pastor Lee,” said FLBCS President Dr. Wade Mobley, “very literally, was there for our entire history. He remembers people, places, and events with the context of both an initial observer and a researcher. He has influenced nearly every congregation and nearly every pastor in the AFLC.”

Indeed, few people have been involved in as many different areas of this AFLC family as Pastor Lee. He first joined the faculty in 1979, teaching for over a decade before being called to serve as President of the AFLC in 1992. He served in that role until re-joining the full-time faculty in 2008. He’s also served parishes in Tioga, ND, Valley City, ND, and Helmar, IL.

Pastor Lee has also served as editor of The Lutheran Ambassador for the last decade, and will continue on in that position. His monthly editorials are reliably witty, insightful, and full of memories. Ruth Gunderson, managing editor of the magazine, has high praise for Pastor Lee.

“He is a good boss and a great friend,” Gunderson said. “I love to banter with him every month as we sit down to plan the next issue of The Lutheran Ambassador. Through our conversations, I have realized how much he loves the AFLC, our congregations, and the various ministries we support.”

Thinking back on his years as professor in the Bible College and Seminary, Pastor Lee says that he’s enjoyed every class he’s taught, but has a special love for the history courses.

“I have taught in every area of study,” Pastor Lee said, noting that the only two courses he hasn’t taught are music and Courtship and Marriage. “But I really have a lot of fun with history, and I enjoy it. It’s important to help people see that it is a story, and that we’re part of that story.”

Instilling this vision of history as God’s continuing story into students has been a priority for Pastor Lee for decades. But it’s not just his goal; the task of teaching and training students by establishing them in the Word of God has been a priority of the AFLC since day one.

“Even at the beginning there was talk of a Bible School,” Pastor Lee remembers. “There were quite a few people who had life-changing, maturing experiences that took place within the Bible School movement. There was a real spiritual concern about helping our youth to have a good, strong foundation.”

This heart for young people has continued to drive the vision and mission of the Bible College, through decades of growth, many changing faces on the staff and faculty, and even a name change. One constant through the changes, though, has been Pastor Lee’s skillful remembering, continually pointing back to recall what God has done.

The staff of the Bible College and Seminary have been blessed by him, and wish him well in retirement.