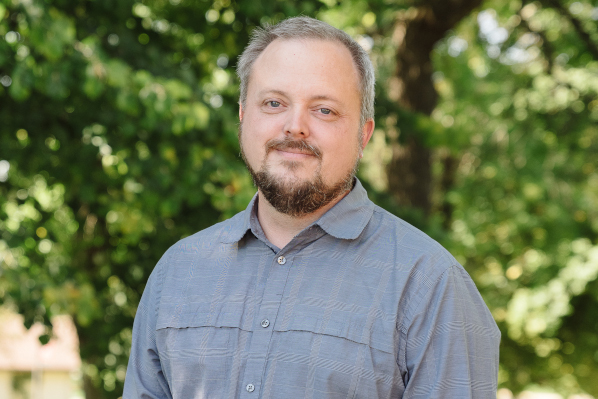 The four of us stood staring up at the sun, lips parched and stomachs tied in knots because of thirst. We were standing on a massive plateau in the remote northwest section of Theodore Roosevelt National Park. After finishing our first year of college, my high school friends and I were on an exciting 14-mile hiking adventure. But as the temperature broke 100 degrees, our friendships were strained as we realized that we had lost the trail. We had no compass or map with which to navigate. And the water we did have was shared and finished off a couple of hours prior.

Similarly, we are called to the adventure of seeking God, yet most of us are unprepared. We may read the books of wise men or delve into mathematics and science to better understand the Creator. Some may even look at the rocks or trees and wonder if God’s Spirit resides within. Looking at creation only informs us that God exists but tells us little more than that. We are as lost as my friends and I were on that plateau and quite unaware of the eminent danger.

Being lost is a challenging thing to understand if you have not experienced it directly. My friends and I were terrified with no idea where to go. We disagreed about what way to take to get back to the car, but we knew it to be many miles away. We had not told anyone of our plans, so nobody would be coming to our rescue.

By God’s grace, Jesus came into His creation directly to rescue the lost. He accomplished the requirements of the law that we cannot. Jesus, with His perfect record, gathered our sins upon Himself and then had Himself and our sin nailed to the cross. Three days later, He rose from the dead, conquering death and providing a way to salvation for us. He is now preparing a place for us with Him.

Matthew 6:33 says, “Seek first His kingdom.” We know the mighty works Jesus has done for us by His Word. The same Word so many of us take for granted. Let us spend this year seeking God together in His Word. Let us prepare ourselves this year so that we are not without a map or compass. Let us prepare ourselves so that we can point our lost neighbors to Christ, for the lost are unable to give guidance to anyone.

I came to seminary so that I can know how to proclaim the Word rightly, always pointing to Jesus Christ, the only one who rescues and provides a light for our path.

With God’s help, we did safely find our way off the plateaus that day. I thank Him for providing us with His Word, which calls us to faith and His accomplished work. I thank God for the teachers and staff at the schools who, by the power of God’s Word, prepare us for a life in Christ.

With All My Heart