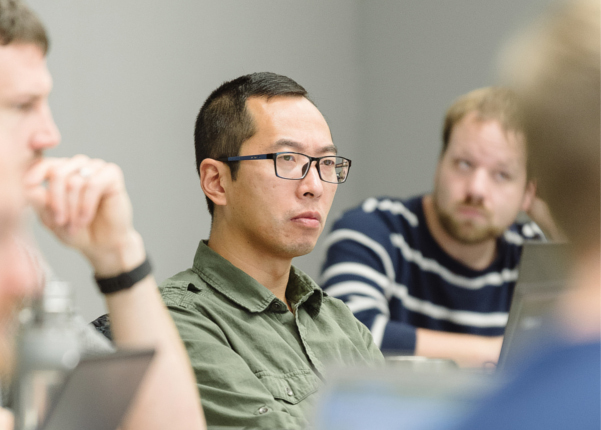 The time frame in which we live is that of post-modernism. As a result, atheism increases, the spirit of the anti-Christ spreads, traditional moral standards are suppressed, absolutes are rejected, the institution of family is being destroyed, and individuals create their own truth, whether it is true or not. The Christian Church in the West is facing a declining influence upon society. Revival has almost disappeared. The younger generation of believers are walking away from their faith. Our reaction and response to all of this is, why?

Our Lord Jesus, the Messiah, prophesied that one of the main signs for His return at the end of the age would be deception. “Take heed that no one deceives you. For many will come in My name, saying, ‘I am the Christ,’ and will deceive many” (Matthew 24:4-5).

We have all heard the phrase, “fake news,” but what about “fake theology”? Fake theology started many centuries ago when the Jewish roots of our faith were removed from Gentile Christianity. Augustine, the Bishop of Hippo (353–430 B.C.), using reason, thought that Christian faith would be more appealing to the Gentile world by dovetailing it with the teaching of the Greek philosopher Plato. Later, Thomas Aquinas (1225–1274 B.C.), using human reason, blended Christianity with the Greek writings of Plato’s student, Aristotle, the first secular humanist. All of this created the fake theology which Martin Luther faced at the time of the Reformation in 1517.

Augustine and Aquinas placed themselves above Scripture, for in Greek philosophy “man is the measure of all things” (Protagoras). They used reason as a judge for the interpretation of God’s Word. Luther, being an Hebraist, rejected this philosophical, humanistic approach to Scripture. Listen to what he writes, “… reason is the devil’s prostitute and can do nothing but blaspheme and defile everything God speaks and does” (What Luther Says, Vol. 3).

Luther emphasized faith against reason, divine revelation against philosophy. He taught that divine revelation was the sole source for theological truth and that truth was accepted by faith alone. “When we know that what we have and confess is the Word of God, let us with simple faith assent to it,” he wrote (What Luther Says, Vol. 3). Man cannot arrive at theological truth through reason in religious matters because reason is corrupted in man’s fallen, sinful nature. Reason is flawed.

Therefore, faith was the original Hebraic approach to the authority of Scripture. Reason leads to doubt. Jesus affirmed the Hebraic approach when He stated, “For if you believed Moses, you would believe Me; for he wrote about Me. But if you do not believe his writings, how will you believe My words?” (John 5:46-47). The Bible is a supernatural book; its authority can never be destroyed. Its challenge is, “Believe in the Lord your God, and you shall be established; believe His prophets, and you shall prosper” (II Chronicles 20:20c). Approach the Bible with faith and you will come to know theological truth.

How refreshing, reviving it is to know that the Bible was written to be believed. This faith approach alone leads to absolute theological truth and upholds completely the authenticity and supernatural origin of Scripture. The younger generations are waiting to hear and to obey this theological truth. “This is the victory that overcomes the world, even our faith” (I John 5:4b). The Bible was written to be believed.