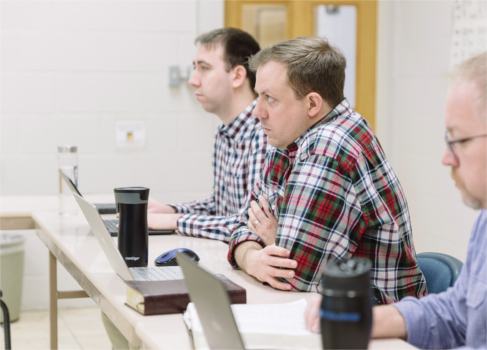 I joined the U.S. Navy in the spring of 2008 and served until May 2015. Since then, I have considered what it means to serve in the military as a Christian. Here are a few thoughts on mission, stewardship, and leadership.

God gave governments the mission of executing justice, and the military is one entity which serves this mission. This is why the military is given the authority to use force and is trusted with the discretion to use it appropriately.

“Let every person be subject to the governing authorities,” wrote Paul in Romans 13:1, “for he is God’s servant for your good. But if you do wrong, be afraid, for he does not bear the sword in vain. For he is the servant of God, an avenger who carries out God’s wrath on the wrongdoer” (v. 4).

As a Christian, I understand that the mission of justice flows from God’s love for people. God cares deeply for the poor, the fatherless, and the destitute, therefore His anger is fierce against those who oppress others through theft, rape, murder, or destruction (Psalm 82). Our police enforce this on a local scale, but on a national scale these sins become invasion and genocide, and our military protects against these. I joined at a time when terrorists wished death and destruction for every American. The danger was real, and I knew I would want to look back and say I had answered the call so that our communities can live in peace. This mission emulates God’s own protection over Israel.

Isaiah prophesied a picture of this protection, “For thus the LORD said to me, ‘As a lion or a young lion growls over his prey, and when a band of shepherds is called out against him, he is not terrified by their shouting or daunted at their noise, so the LORD of hosts will come down to fight on Mount Zion and on its hill. Like birds hovering, so the LORD of hosts will protect Jerusalem; he will protect and deliver it; he will spare and rescue it’” (31:4–5).

Those who serve in the military serve in an organization that is called to protect and deliver, to spare and to rescue. Sometimes the mission requires using force to protect and spare innocents from harm. Happily, sometimes it only requires using a life jacket. Mostly, though, the daily activities of service members are stewardship and leadership.

Stewardship is important because military equipment needs to be ready to use at any moment. If a vehicle doesn’t work as intended it puts at risk the lives of those we are called to protect, as well as the lives of service members. Service members are stewards of others’ goods—the tanks, planes, and ships are not theirs. As a junior naval officer, I acted as a project manager on a ship, ensuring that my equipment was operating. Occasionally, I also got to do what I really loved—drive the ship. Even this had tremendous responsibility, as I had to safely maneuver a billion-dollar warship with 250 souls on board. Christians understand biblical stewardship as faithful and honest care of another’s assets on their behalf (see Matthew 18 and 25). Stewardship honors God.

Service members also care for each other and lead each other. The pressure of military service is demanding because lives are at stake. Christians can bring valuable insight to leadership as we apply proper teaching of the law and the gospel. As an officer, I did my utmost to ensure my sailors had what they needed to do their jobs and excel in their careers. Discerning when to use the law for instruction, assessment, or punishment is difficult. Draconian leaders crush motivation. A wise leader knows when to show mercy and when to enforce the law.

Please pray for all who serve in our military, that they may execute their missions, exercise stewardship, and engage in leadership with God’s wisdom.

Effective Board Governance with Scott Rodin

Scott Rodin introduces what a healthy and effective board looks like. He encourages board members…

By: Pastor Paul Kneeland How can a 93 yr. old oak, who lived in only…

In this 5-part video series, Pr. Matthew Ballmann examines what it means to live a…

Provide your email address to receive regular updates about FLBC